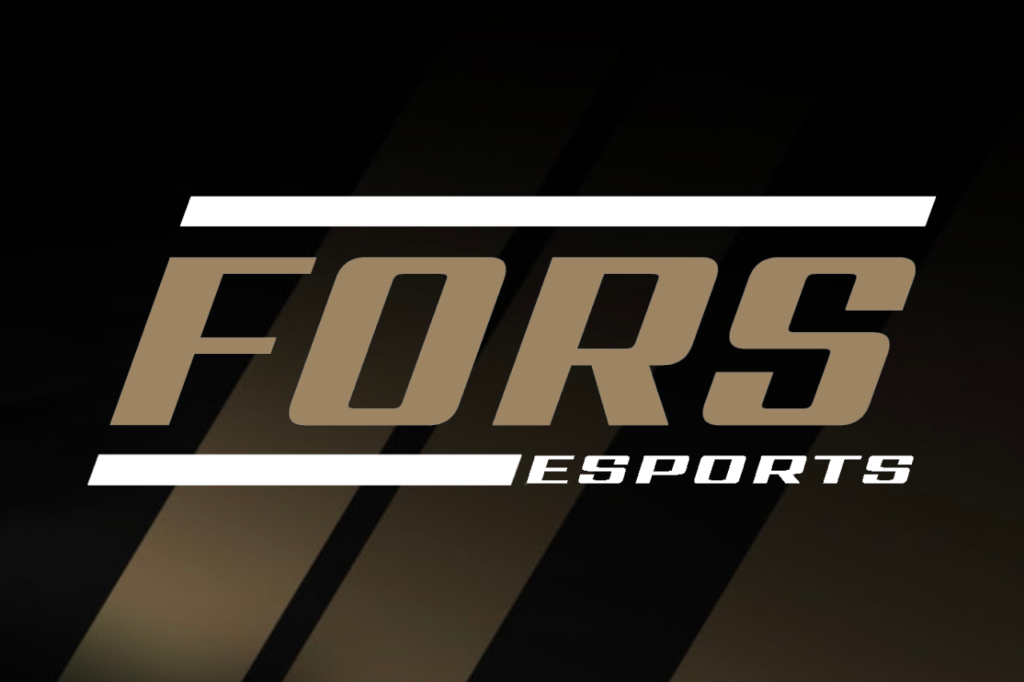 – Our road efforts have been on the drawing board since last year but that comminuty have been hard to penetrate and attract, Jonas Fors says. Thanks to the collaboration with Cooler Master this fall season we managed to get Kasper back home to Sweden from an well-known international organization. I have made my ambitions clear that we need to stop the talent export from Sweden to make our nation grow on the eracing scene globally and this is one step on that effort.

The 16-yearold mechanic student from Stockholm have not only been proving himself on the iRacing-platform but also preformed well in the Virtual WRC championship and are hungry to show himself on top.

– FORS eSPORTS have over the last year proven that they know what’s needed to win and they know how to get there, Kasper says. This is something I hope to be able to build on further and bring home more wins. Both the team and I have a bright future in front of us and I am hungry to win. We will be giving 110% and see how it goes.

– We have put our VIP’s in the frontline for our roadcourse efforts and I couldn’t be more thankful to Marcus and Andreas for jumping into another of my crazy ideas, Jonas Fors says. Marcus Palnér have beaten me 16 to two or something like that in the V8TC series, his personality is a mix of extreme humbleness and a full-send mentality which have won the hearts of racing fans all across Sweden, he has already played a important role in the teams culture building. Andreas Bäckman is as humble as Marcus and brings his professional attitude and high work ethic into our virtual ambitions too and helps us to have fun and stay well-organized.

– It feels great to sign with a championship winning organization whose ambitions matches up perfectly with my own, Alexander Arildsson says. I’m looking forward to continue working with FORS eSPORTS and developing as driver alongside such a talented group of drivers.

What these organizational changes will bring is up to the future to decide but team owner Jonas Fors is excited by the development of both the FORS eSPORTS Academy and road division.

The FORS eSPORTS Academy have proven to be successful, Jonas says. I remember when I reached out to Arildsson the first time and he rejected the offer to run with the FORS-family because he felt we were to fast for him. A couple of weeks later he joined the FORS eSPORTS Community team and advanced to the FORS eSPORTS Academy the season after. Now he’s one of our most successful drivers, challenging Andersson and Broström for the race wins in multiple series.

– Our road division first saw daylight a couple of weeks ago and we will keep building it lap by lap, talent by talent, Jonas says. With so many real-world racers in the FORS-Family we have a strong foundation and management to build on together with a strong funding through a line of partners including Cooler Master, Kappa Bar, Battleriff, Jonas Fors Racing Merch Shop, NASCARpodden and successful collaborations earlier this year together with the amazing job of collecting prize money of our fantastic drivers.

For partnership opportunities contact: partner@jonasfors.com
For team applications reach out to Marcus Hagman at: https://discord.gg/NhGmFFE

FORS eSPORTS signs Marcus Hagman, Tomas Andersson and Linus Broström for three years and Felix Klasson on a year-by-year basis with aim on making him stay at FORS eSPORTS untill the end of 2022.

– This is a leap for FORS eSPORTS and a proud day for the FORS-family, Jonas Fors says. During the last 6 months the organization really has come together and signing the core of FORS eSPORTS ensures
safety and confirmation both for the talents but also the organization as a whole. I think this sends a signal to the rest of the Scandinavian simracing community; FORS eSPORTS are here to stay for many years to come.

Jonas Fors leaves the operations as Marcus Hagman becomes team manager over FORS eSPORTS under supervision of Pontus Nilsson from Jonas management.
– It feels amazing to signed with FORS eSPORTS because the organization have been founded with an unbelievable commitment and right values, Marcus Hagman says. The fact that it only includes wonderful people involved all the way from owner to driver only advocates that we’re here to stay and to be leading on the eracing scene in Sweden, and it feels wonderful.

Hagman has Europe in sight for FORS eSPORTS as the team already holds strong position in Sweden when the organization hits its one year mark in April.
– This contract is a general confirmation for me that I’ve succeeded enough to be kept in the FORS-organization, including being a part of building the amazing culture within FORS eSPORTS, Marcus says. My personal objective the coming years is to create the strongest and most respected oval team in Europe, a team that simracers look up to. I would say that we are probably holding that position in Sweden right now.

Linus Broström has since he came onboard with FORS eSPORTS conqured 283 official wins over the four iRacing categories but also finishing 7th in the World 600 in the European Majors and second in the Club Scandinavia League oval series aswell as second in Kappa Bar Cup. He is the current leader of the Swedish Eracing League after two wins in the first four races.
– It feels really good to sign this contract, Linus says. It feels like the recent performance have given results in more than one way. Signing this contract makes a already serious effort feel even more serious and it get a whole lot clear that we all wants to advance. With what we have done the last months and what we have achieved during our first year as a team I believe that we can go very far. Pro-level looks a little bit out of reach I think, but we have already proven to be compeditive in the summit of Swedish and Scandinavian oval racing!

The World 600 champion and Club Scandinavia League oval series Champion Tomas Andersson thinks the contract signing is a blast-off for FORS eSPORTS.
-It feels really good to get this contract pieced together and that FORS eSPORTS got my back when we gear up feels amazing, Tomas says. Now we can start working forward for real. This contract would bring a calm, which I would need to be able to further concentrate,and to work with my personal long term goals and the goals of the team. It’s a proof that we are satisfied with eachother and it’s a great feeling that we can show what our partners can expect the years to come.

In contrast to Linus Broström, Tomas believes that FORS eSPORTS is competent enough to qualify for the pro-series in the long term.
– During our first year together I won one of the most prestigeous NASCAR races on iRacing, the World 600 at Charlotte – with the help of FORS eSPORTS, Tomas says. This proves to me that nothing is impossible for us. With Jonas Fors, Pontus Nilsson and Marcus Hagman in the management, I know that we will manage anything together. Furthermore having Linus Broström as teammate makes a perfect line-up for the challenges to come. My focus will be on Road to Pro and to qualify for the Pro-series, which I know we got the compentece for, so I’m looking forward for this journey!

Jonas Fors leaves the operations of FORS eSPORTS with immediate effect but will still hand over owner direvtives to Pontus Nilsson and Marcus Hagman and still work as a advisor to the team.
– FORS eSPORTS is also economically sustainable and have secured the income needed to keep the operations running for three years, Jonas Fors says. I can’t think of any other simracing organization in Sweden which have been as well oiled and stable within its first year. I can’t thank all these stellar people both in FORS eSPORTS but also in the FORS eSPORTS community and our partners enough for the hard work, commitment and dedication make FORS eSPORTS what it is a month before we turn one year old.

For partnership opportunities contact: partner@jonasfors.com
For team applications reach out to Marcus Hagman at: https://discord.gg/NhGmFFE